Rye is the traditional bread for people from Germany east to Russia and north to Scandinavia.
A rich taste with numerous health benefits including boosting metabolism and improving digestion. 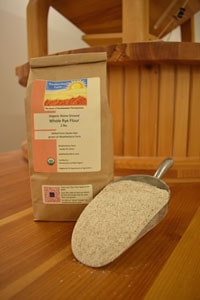 Milled in one pass and sifted through a very coarse sieve so that any very large pieces of bran are removed.

Gives you the opportunity to savor rye flour’s distinctive taste .

Contains all of grain’s healthy nutrients — the minerals, vitamins, enzymes, amino acids, fiber and oils in the same proportions as they are found in the grain.  This flour is not bleached. 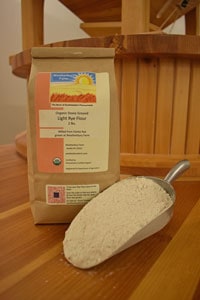 Ground in multiple passes and sifted through a fine sieve.  Approximately 85% extraction.

Used in many breads and baked goods for flavor and texture. 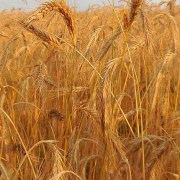 Organic Danko Rye in the field at Weatherbury Farm

Weatherbury Farm’s Rye Flour can be traced back to the field where it was grown!

Imagine  serving a hearty rye bread (or any other of the delicious products possible with Weatherbury’s Rye Flour) — and one of your guests comments on how delectable it is.  You pull out your cell phone and click on Weatherbury’s Danko Tracker, say “Let me show you how the grain was grown that the flour for the bread was milled from.” 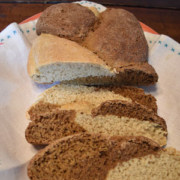 Both the terrior of the soil and  the fact that our rye flour is stone-milled give it its wonderful distinctive flavor.

How to substitute Weatherbury Rye Flour in your own recipes

In a recipe that does not use yeast, up to 100% of the all-purpose flour can be replaced with Weatherbury Rye Flour.  The equivalent of 1 cup of all-purpose is approximately equal to 2 Tablespoons plus 1 cup of Rye Flour.

Up to 20% of all-purpose flour or whole wheat flour in a yeasted recipe can be replaced by Weatherbury Rye Flour without making changes to the recipe.  Adding only a small amount of rye ( 5 – 10% by weight)  can add depth to your baking because of rye’s deep, rich taste.  Blending rye flour with a higher-protein flour will give you an airier bread than a 100% rye loaf.

The  gluten in rye is much less elastic  than the gluten in wheat.  Thus, rye produces a heavier denser bread.  Additionally, rye sourdough ferments much 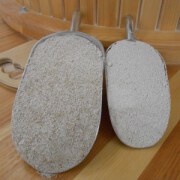 The rye dough will tend to be stickier.  Rather than adding more flour when kneading by hand, try wetting your hands with water.

When you use Weatherbury Rye Flour in baked goods, you not only enhance the taste but make them more nourishing.

Danko rye is a true milling-type rye.  Many of the ryes  grown in the Northeast are cover-crop varieties, with small seeds and a high bran-to-starch ratio.  This makes them a poor choice for baking, malting, and distilling.  Danko, however, has large, plump, berries with an interesting flavor that has been described as spicy, bready and earthy.  While it is a favorite among beer makers and distillers, bakers, of course, love it to make authentic European-style rye breads.

Rye’s (Secale cereale) wild ancestor was a weed which grew in the Euphrates River Valley, as long ago as 6600 to 10,000 BC.  Today it is primarily grown in the area known as the rye belt from Germany east to Russia and north to Scandinavia.

Historians and archeologists have many theories about the domestication of rye.  The most widely accepted is that it was  domesticated ~ 6000 years ago in Turkey and Syria.

Interestingly, Pliny the Elder  (23- 79AD) said that  rye “is a very poor food and only serves to avert starvation.”  He said rye was mixed with spelt “to mitigate its bitter taste, and even then is most unpleasant to the stomach” (The Natural History).

Nonetheless, Rye became important in Central and Eastern Europe around 500AD.  Breads made from rye are popular in Poland, Germany, Russia and other Central European countries. This can be attributed to the ease of growing rye and the fact that the breads made with rye flour last longer.

Rye was grown in the American colonies since the 1600s, in part because it flourished in soils where wheat would not.

Today rye is used most often for making bread, as an animal feed (particularly in Europe where it is harvested as silage), and in the production of rye whiskey and vodka.  Since the Whiskey Rebellion, Washington County has been known for its rye (specifically rye whiskey).   Weatherbury sells rye to local distilleries as well as milling it into flour. Rye growing in the ﬁeld has an inedible hull, which must be removed before milling or eating. Danko Rye, as do other cereal ryes,  threshes free from the chaff during harvesting. Thus it doesn’t require dehulling like spelt, emmer and einkorn.

Some of rye’s ﬁber is in the endosperm as well as in the bran layers.

Danko rye  is “winter rye” that is planted in October.  At that time,  the plants germinate and begin to develop.  Over the winter the rye vernalizes and then it starts to tiller, elongate and head out during the spring.  The rye is ready to harvest in July.

Rye’s roots go down as far as the plant is tall.  Its long root structure holds the soil in place, preventing compaction and erosion; plus it is a good scavenger for available nitrogen.

Don’t confuse rye, a cereal grain, with ryegrass, which you’ll find in pastures, hay fields and lawns. Some rye, usually a smaller grain with a high bran-to-starch ratio, is used as a  cover crop. 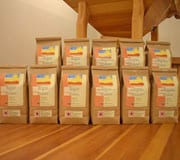